Lint in our hair and on our brushes is something we’ve all experienced, but why is it there?

Lint accumulates in your hair for a variety of reasons. Lint in your hair is caused by dust, oil, and fabric particles that break down and become caught in your hair. But it isn’t the only reason. Let’s take a deeper look and learn more about the lint we all want to see less of in our hair.

I’d like to show you what lint is composed of, where it originates from, how it affects our hair, and how you may get rid of part of it.

Why is there lint in my hair?

Lint accumulates in your hair as a result of the breakdown of dust, oils, dirt, fabric materials, and other particles.

These materials become entangled in your hair when you lie down on a certain fabric, or they accumulate organically during the day from the environment, your own sebum production, and other textiles that come into touch with your hair.

As previously said, your hair type is the primary component that makes you sensitive to lint in your hair. Lint accumulates in wavy and curly hair because the hair is knotted and there is an abundance of conditioner residue and sebum in the hair.

Hair also has a static attraction characteristic, which means it may attract exterior elements. That’s one of the reasons you can have textile particles in your hair from your pillow, blanket, or clothes. Cloth debris is a major contributor to the production of lint in the hair.

Another main reason for the prevalence of lint in our hair is broken hair ends. Lint can become entangled in these broken ends and become trapped. It will make your hair fuzzier and may cause an itchy scalp.

Many people enjoy running their hands through their hair. Some individuals do it naturally, while others may do it when they are scared or agitated.

Not only will this make your hair brittle, but it will also cause it to fall out. Our hands also transport dust particles and other micromaterials. You may transfer them to your hair from your hands by regularly stroking or running your finger through it.

This may come as a surprise to you, as most people believe that oiling one’s hair is a beneficial habit. Walking out in public with oiled hair, on the other hand, is a major cause of lint in the hair.

Dust, debris, and other environmental particles frequently mix and might become stuck to your scalp, hair, or roots. Lint is the name given to this particle mixture. Lint can occasionally be found in the shape of a fabric that looks like wool or cotton thread.

Where does lint come from?

Our hair contains naturally produced oil and sebum, which function as an adhesive for lint to stick to the scalp.

Certain hair types are more prone to lint accumulation. Lint difficulties are more common in those with curly or dry hair.

Similarly, due to a lack of moisture, dry hair is more prone to friction damage. As a result, they act as magnets for dust and other environmental material.

Lint forms in our hair as a result of too much dust and dirt. So, if you’re wondering why there is lint in my hair, here’s your answer. Prepare yourself for a variety of reasons.

How does lint affect your hair?

It is particularly visible to the human eye on curly and dry hair, which may not look well on the hair. As a result, it is essential to take care of your hair and prevent anything that may make it more prone to lint production.

How To Prevent Lint?

Lint is everywhere because some textiles, such as hair, are shed constantly. Some people propose wearing satin bonnets or sleeping on satin bedding. Both are unsuitable for our family, so here are our alternatives:

1. Use fewer or lighter oils

We use olive oil, which is thick and maybe a major cause of hair lint, therefore we use it sparingly.

I oil their entire heads after a new wash. This permits the oil to penetrate their hair. If I reapply oil to my hair after it has dried, it becomes sticky and a lint magnet. As a result, I’ve learned to solely apply the oil on their scalps.

Lighter oils, such as coconut, grapeseed, or sweet almonds, may not have this issue.

Another technique to maintain their heads lint-free is to keep our hair tools clean.

Lint goes from the brush to the hair every time I brush it. The following video appears to show a great technique for removing lint from brushes, however, it only works with firm bristles. Lint may be removed from soft bristle brushes by using a fine tooth comb.

For combs, just pull the lint out from between the teeth. If the buildup is too difficult to remove using your fingers, use a boar bristle brush to wriggle it out. Soaking and washing your hair tools in soapy water is also beneficial.

3. Remove the lint using a comb

Fine teeth combs are great for eliminating the dirt and lint ring that accumulates at the base of braids. It shouldn’t hurt to comb out the hair because it has been stretched and straightened from being in braids. However, proceed extremely slowly to release the lint and gently massage it down the length of the hair. You must really take your time and be nice.

It’s critical to remove as much lint as possible before washing your hair. When water hits the hair and it reverts to its natural curl, it may be more difficult to untangle lint since the lint is wet and the hair is coiled.

This method is effective for eliminating stray lint particles that may be scattered throughout the hair. Take your time and gently pick off each bit of lint with your fingertips, one by one.

If you’re having trouble or there’s simply too much lint to pluck out piece by piece, try washing it.

If your kids are anything like mine, they may dislike having their hair washed or just refuse to sit still during the procedure. Shampooing outside of the tub, combing the suds through the hair, and then fast rinsing in the sink or tub with a high-pressure showerhead has worked for us. The goal of washing your hair is to eliminate big amounts of lint faster and to strip the strands so they don’t attract additional lint.

While removing hair lint may appear to be a lengthy process, keep in mind that your hair is doing what it was created to do: protecting our scalps from dirt. Our task is to lovingly care for our hair so that it may continue to do its role of safeguarding our crowns.

Who Is Most Vulnerable To Hair Lint?

Those with greasy or dense hair, as well as low-manipulation styles. Babies, little children, and braids worn for several weeks at a time are all examples of this.

Please don’t be irritated if you notice a lot of lint. Our hair is supposed to be a protective cushion for our scalp. As a result, one of its functions is to collect lint. Lint becomes more obvious as it builds over time.

Lint is frequently evident in the hair of babies and little children. This is due to their busy lifestyle and sleeping patterns. Their sensitive scalps might make it difficult for them to stay still long enough to remove it completely.

Lint that collects at the base of old braids is usually only evident after the braid has been removed. It appears to be a ring of lint where the braid began. Similarly, lint builds around the base of hair ties when they are used for days at a time.

Finally, in my experience, locks have the least amount of apparent lint. Lint can be caused by rubbing up against blankets, headwear, or clothes. Lint in locks is quite easy to remove by hand or with a boar bristle brush, in my opinion.

What color is hair lint?

Lint in your might come in a variety of hues. When cotton, wool, and textile fabric particles accumulate in your hair, they might take on the hues of the fibers.

We’ve arrived at the end of the article. You’ve learned a lot about lint in the hairbrush.

If you have any more questions, please let us know. Simply leave a comment below. 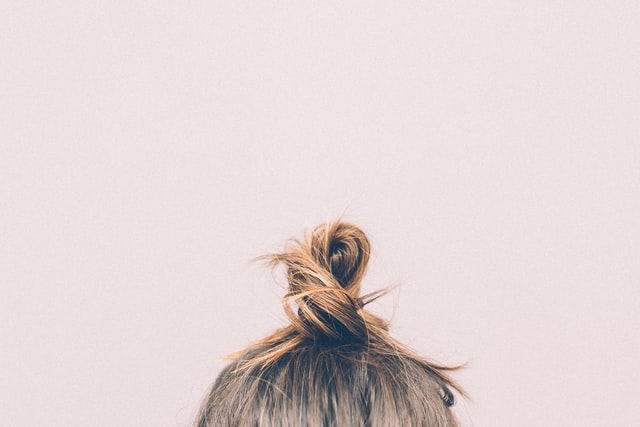 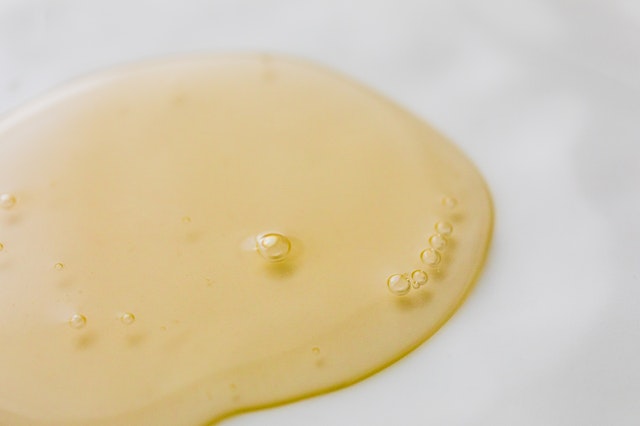 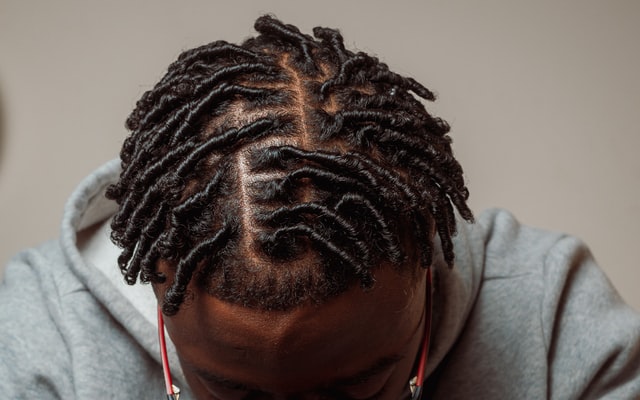 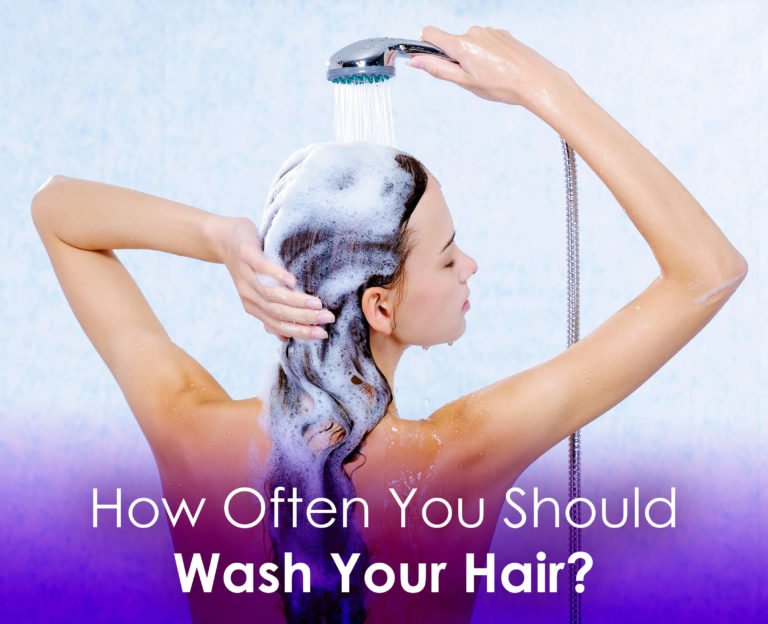 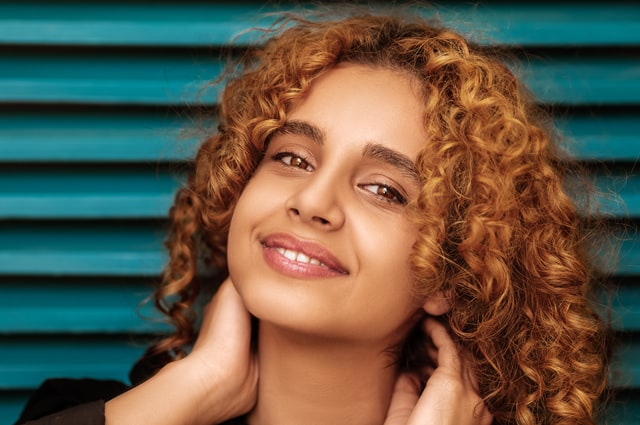 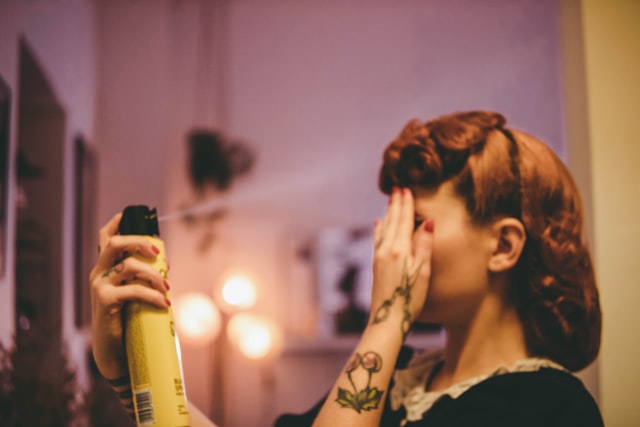